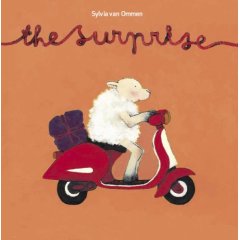 After the surprise that when awry last week, I didn't actually believe I was going to get more surprises or flowers again any time soon. Mr. U and I started a new week fresh with no mistakes in it, putting the stresses and miscommunication from the days before behind us. Monday we went to see Just Go With It. It was, to say the least, idiotic. On the other hand, there were several moments where I laughed so hard I buried my face in Mr. U's shoulder, almost in tears, my whole body shaking. And it feels so good to laugh like that. To laugh that hard. It reminds you that you don't laugh that hard enough. And to do whatever it takes to find that laughter more often.

As it turned out it was lucky that we even saw the movie at all. I followed Mr. U into our designated theatre and we picked out our seats. (Or rather I should say he let me pick out our seats. I mean, he is perfect after all and spoils me ridiculously. At least I'm aware this is the case). It was 7:30 on a Monday night and we were the only ones seeing this particular showing. We hadn't seen each other since the Friday before. I had been babysitting all weekend for a couple that was out of town just the two of them on vacation. It hadn't been a terrible or eventful assignment, but I was certainly exhausted and ready for some adult conversation and catching up with my man. We talked and talked. There were advertisements on the screen. Not the previews, but advertisements for products and television shows. "Are you a previews person," I asked Mr. U. It's funny all the little things you don't know about a person. That is until you do. Despite the countless amazing and well-planned dates Mr. U had taken me on, we'd never just gone to see a movie. Holding hands in the dark. Whispering little commentary in one another's ears. It was a nice, relaxing change of pace. Back to normal was what I had wanted. And back to normal was what I got.

As it turns out he's a previews person. He likes to get there before the previews and watch them all. I on the other hand couldn't care about them in the slightest. I could walk in mere seconds before a film starts and be perfectly content. Or sit and talk through the previews with my companion instead. (Yeah, I'm one of those people. Sorry!). After awhile though, we realized the advertisements kept coming and no previews. "This is A LOT of advertisements," I commented. He nodded in agreement. And then there were more. And more. I knew this wasn't right. "I think we're in the wrong theatre," I said. "No," he said. "Yes," I insisted. We got up and went outside to check. And yes - we were in the wrong theatre. Ours was directly across from the other one in the hallway. "I'm an idiot," he said shaking his head annoyed with himself. "No you're not," I reassured him. "It's no big deal." We went into theatre number 2 and the movie had already started. I picked our second set of seats and we settled in. We looked at each other and just had to laugh. We'd been so wrapped up in being with one another and talking, we almost missed half the movie. That's just funny.

Afterwards, Mr. U walked me to my car. We sat inside for a long time. Talking some and kissing more. I wasn't going to see him again until Friday. Eventually we both knew it was time to go home. Things to do. Rest to get. Work in the morning. Oh if only the times when you are blissfully happy could just stay still and last a little longer. Before he got back out of the car, he remembered one last thing he had to tell me:

"You get a surprise Friday."

"I don't know about that after last time..."

"I want one every day for the rest of the week."

I gave him one last kiss goodbye and then drove home. Smiling to myself and trying to focus on the road. It is so hard to be safe these days. I find myself daydreaming so often about one of our dates or something he said or when I'm going to see him next that I bump into things, drop items and have to remind myself to pay attention even more than I usually do. It's a problem. But a problem I'm willing to live with.

The next day I received an email from Mr. U.

It is comfortable.
And will require you to stay with me on Friday night. To wit, let me know if you will be coming straight from the office on Friday...

Comfortable? Comfortable, comfortable? Hmm....What was it? A pillow? sheets? A blanket? A bed? A couch? A t-shirt? Lingerie? Lingerie isn't really comfortable. A snuggie? Did he get us a couple's snuggie? (And yes there really is a couple's snuggie! Check out the link - you will not be disappointed). Or was it underwear? Pajamas? And why did it matter whether I came straight from the office or not? If it is something that requires staying at his place then won't I see whatever it is whenever I go to his place either right after work or after whatever else we do that evening? And even if I already packed underwear, pajamas, whatever to bring to his place it shouldn't matter whether there were duplicates? I just wouldn't use or wear whatever else I brought.

Like I said before Mr. U is a keeper. can't wait to here what your surprise is...

SkyeBlue- Trust me I know. I don't care if this is an inappropriate/harsh thing to say - but I'm doing everything in my power to lock that shit down. hah. He's the best.

Yes! Lock that shit down. Also, love going to a movies with a boyfriend and being all cuddly and lovey, and loved your description of it. Sighhhhh

PS I'm kind of ashamed to admit that I want to see Hall Pass.

Maybe its a snuggie.

J- we all have our guilty pleasures. Go see it.

Kat- you have a couples snuggie tho??? And single or double do you actually think thats a romantic gift??

Surprises are awesome. Hopefully this one you appreciate more than the last ;)

dude. so much blue balls.

I hope you're planning on sharing each hint daily so we can try to guess!!

Any update on what the surprise is??