Of the same blood; related by birth; descended from the same parent or ancestor.

Only one of my eight half brothers and sisters actually speaks to me. When I found out about all of them about a year and a half ago, I tried to develop a relationship with each of them, but most attempts failed for one reason or another. It's just really, really hard. Of course. 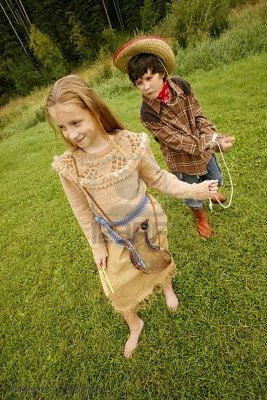 "Bring!" "Vibrate." "Text from Brandon." Click...
"Happy thanksgiving."
"Happy thanksgiving B!! What are ur food faves??"
"My food favs for t-day? Or in general?"
"Tday!"
"White meat and stuffing...Thats all I really need. What about you?"
"Mashed potatoes and pumpkin pie. Yum."
"Haha not a pumpkin fan."
"I only like it on thanksgiving. And with lots of whipped cream."

So now I know on Thanksgiving he likes white meat and stuffing. And he knows I like mashed potatoes and pumpkin pie. With lots of whipped cream.

And that's actually a lot more than I knew yesterday. And everything more than what I knew two years ago, when I didn't even know I had a younger brother Brandon who is my sort-of Irish Twin.

He's a Marine. He seems like a nice guy. Doesn't sleep around but falls for girls hard. Is that a weird thing to appreciate it a sort-of brother? He sent me shot glasses from Japan with fat sumo wrestlers on them when he was based there about a month after we wrote our first letters to each other. He's a runner like me. He's actually a legit runner. Small and lean and skinny and ran track in high school. I'm slow and tall and chubby. But we both love to run and we discuss our distances and times and workouts at times. Sometimes it feels like he's the exact same person as me, just a guy and just with a different mom. We are both sarcastic. And...

We seem to have figured out how to become friends. He came up once with a buddy from their base in North Carolina. The only time I've ever met him in person. I was already out drunk at BlackFinn with friends. I was sitting outside smoking a cigarette and all of a sudden he was there. And I knew. From his pictures and because I knew. We all did shots and talked of nothing of consequence. Me and him and our two friends went back to my parents house and the boys passed out in the basement. They were gone by the time I woke up. I called him and said: "I'm sorry we didn't get a chance to, you know, really talk." "Next time," he said. "This was good."

And he's right. One text at a time. One get-to-know you factoid at a time. No more and no less. No pressure and no expectations. A hello here. A "happy thanksgiving" there.

Happy thanksgiving and cheers, T.
Posted by Toddy at 12:06 PM

this is truly amazing! i'm sure it's difficult getting to know someone who shares your blood (or at least part of it)... but one day at a time, one text at a time... and maybe a few rounds of twenty questions!

Elizabeth- thanks for your very thoughtful comment. I will try the 20 questions sometime. Cheers, T.

I somehow missed this when you first posted it, but I love it! Adds so much more context to your adventures over the weekend. From some of your tweets, sounds like he was truly acting like a protective brother, and that's really very cool. :)

Sassy, hey girl! Thanks for continued support and for your recent comment. Yes it IS cool having a younger brother (better late than never!) and we're figure it out. What is life if not to try to connect people, make mistakes, figure it out? or not. But to try anyways. So far so good. I find writing about my birth family SO MUCH HARDER than my dating posts but I'm going to try to do it more since i have a lot to say. Cheers, T.